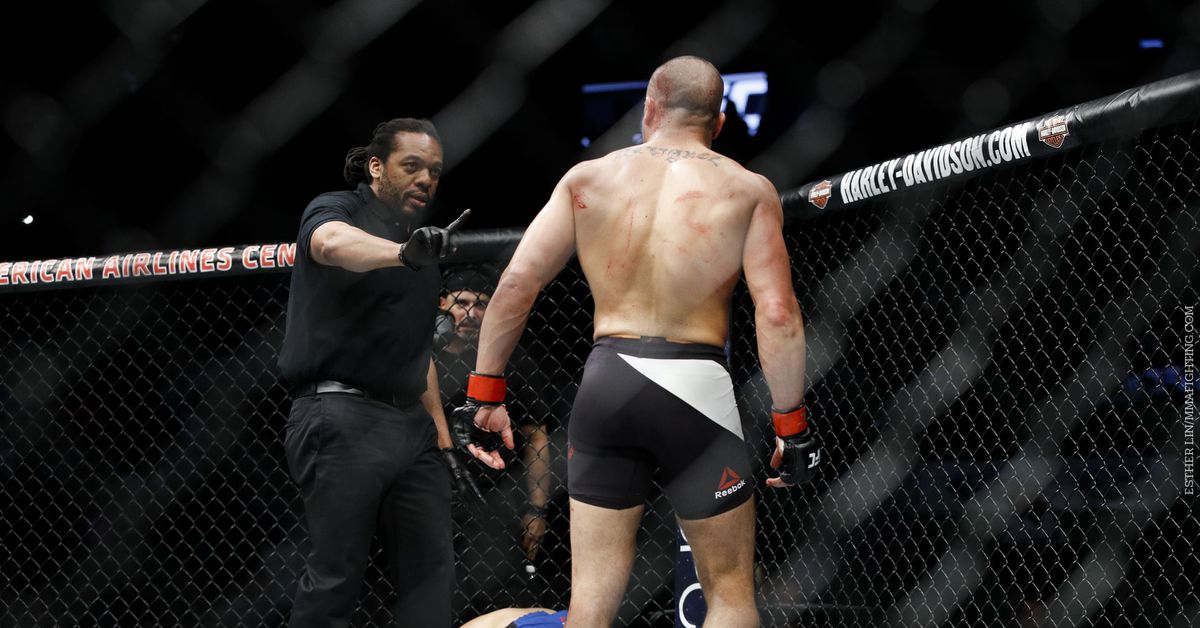 The unified rules of MMA could be one step closer to actually being unified.

On Tuesday, at the annual conference for The Association of Boxing Commissions and Combative Sports in Scottsdale, Ariz., the committee unanimously passed an alteration of its rule on the definition of a grounded fighter, according to a report by ESPN that was later confirmed by the ABC.

ABC president Mike Mazzulli told ESPN that the vote was passed 42-0 and that he is “very confident” that all of the commissions will agree to this change. As of this past April, at least 10 different MMA rulesets were being used by United States commissions with several disagreeing on the definition of a grounded fighter. The plan is to have all commissions using the same grounded fighter rule by July 2020, with a review of the current commission practices to be held in January 2020.

The last significant overhaul of the rule by the ABC was made in 2016 and it determined that a fighter should be required to have both palms or fists on the canvas or any other part of the body besides the soles of the feet to be considered grounded. This was implemented to prevent the practice of fighters strategically touching the mat with one finger to avoid being kicked or kneed in the head.

This iteration of the rule was never universally adopted as each commission must make the decision on their own to pass new rules. In the past few years, there have been high-profile examples of illegal ground strikes causing confusing conclusions to matches, including the first meeting between Dustin Poirier and Eddie Alvarez (illegal knees led to the bout being ruled a no contest) at UFC 211 in May 2017 and Gegard Mousasi’s TKO victory over Chris Weidman at UFC 210 in April 2017. The latter incident, which took place in Buffalo, New York, caused the New Jersey State Athletic Control Board to question the ABC’s 2016 rule change.

Mazzulli is hoping that getting the commissions on the same page will aid fighters and officials to avoid future debacles.

UFC Real or Not: Adesanya has cleared out middleweight; Edwards missed his chance
It Is More Than Just A Belt For Brandon Moreno
Rogan Warns Woodley: ‘Jake Paul Can F—king Box’
Leon Edwards expects to win at UFC 263 and jump over Colby Covington into title fight against Kamaru Usman
Myron Dennis Puts On A Show