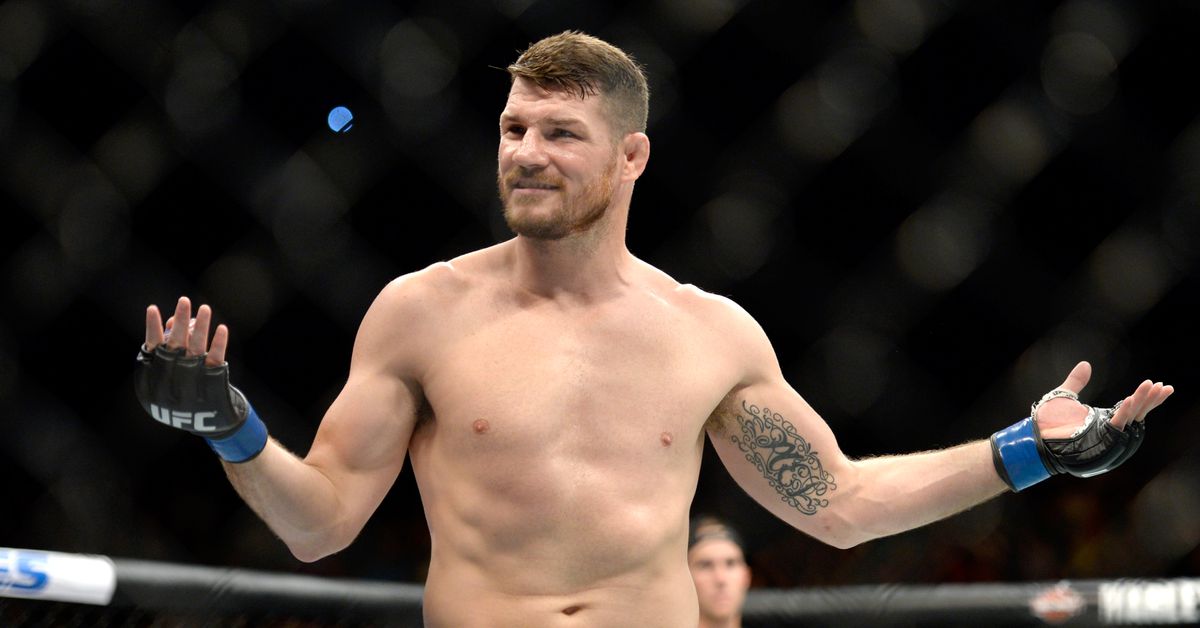 Based on a true story, of course.

Turns out the brash Brit was suffering from torn rib cartilage ahead of his UFC 217 title defense against Georges St-Pierre, but was afraid to tell the athletic commission he needed a shot of lidocaine for fear of being pulled from the headlining fight.

That’s when he decided to take matters into his own hands.

“I sneaked in a needle full of lidocaine, and I was going to, in the toilets, inject myself with lidocaine into the rib, which would numb the rib so I wouldn’t have any pain,” Bisping told MMA Junkie.

“But then my doctor said, ‘You’ve got to be careful, because if you inject yourself with lidocaine in the rib and you get it slightly wrong, you could puncture your lung and die.’ So I had it all in the bag, and I was going to FaceTime my doctor, on the toilet while the commission members were outside, and he was going to talk me through injecting myself with lidocaine.

“But when I got there I’m like, ‘This is too much, bollocks to it.’ So I just went out there and fought injured. Everyone was saying, ‘You weren’t moving too well.’ And I’m like, ‘Yeah, no (expletive)!’ My ribs were seriously messed up!”

Fortunately his ribs were all healed up and ready to go for his Kelvin Gastelum fight, which took place just three weeks after he was submitted by St-Pierre. In fact, “The Count” told reporters he “felt great” going into UFC Shanghai, but succumbed to an overactive ego.

Love him or hate him, the since-retired Bisping (30-9) was an important part of the sport’s development, having been a driving force behind the promotion’s expansion into Europe and he even made The Ultimate Fighter (TUF) worth watching, both as a contestant and as a coach.

Just keep an eye out for those flying loogies.