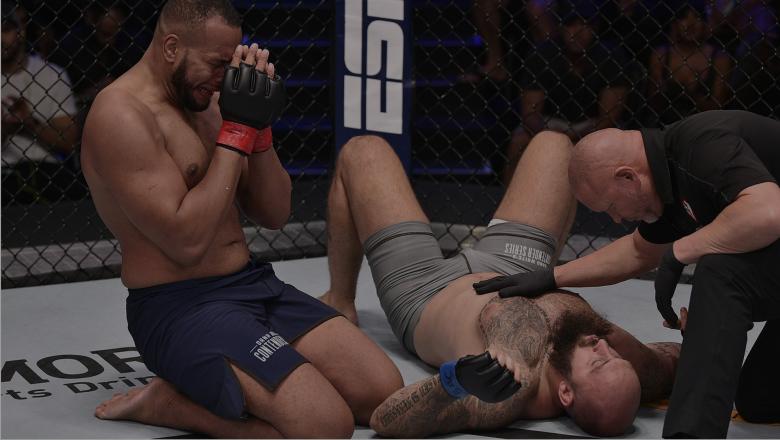 Cortez’ superior grappling skills proved to be the difference in this one, as the Fight Ready representative was able to take the fight to the floor at will and dominate Agapova on the canvas throughout.

Early in the bout, Agapova used her length and quick hands to get the better of the striking exchanges, connecting flush with a smattering of straight left hands that got Cortez’ attention. Those shots seemed to make the streaking American alter her approach, as she quickly opted to drag the fight to the ground.

Over the final half of the opening round and the whole of the second, Cortez controlled the action on the mat, taking Agapova’s back and threatening with submissions throughout. While she wasn’t able to lace anything up, she clearly dominated the action, showcasing her ability to control the fight.

It was more of the same in the third, as Cortez quickly pressed forward for a takedown again, initially getting stuffed, but showing a good ability to chain together attempts and progress through positions until once again landing on Agapova’s back. Though Agapova reversed to top position, got to her feet and let her hands fly over the final minute, it was a case of too little, too late for the promising 22-year-old.

UFC 263 Complete Highlights! Watch What Happened At ‘Adesanya Vs. Vettori 2’
Heavyweight matchups change ahead of PFL 6 with Fabricio Werdum, Mohammed Usman out
UFC 263: Dana White says Adesanya vs Whittaker II will be worked on ‘ASAP’
Bellator 260 Results: Lima vs. Amosov
The behind-the-scenes stories of Nate Diaz, as told by those who know him best