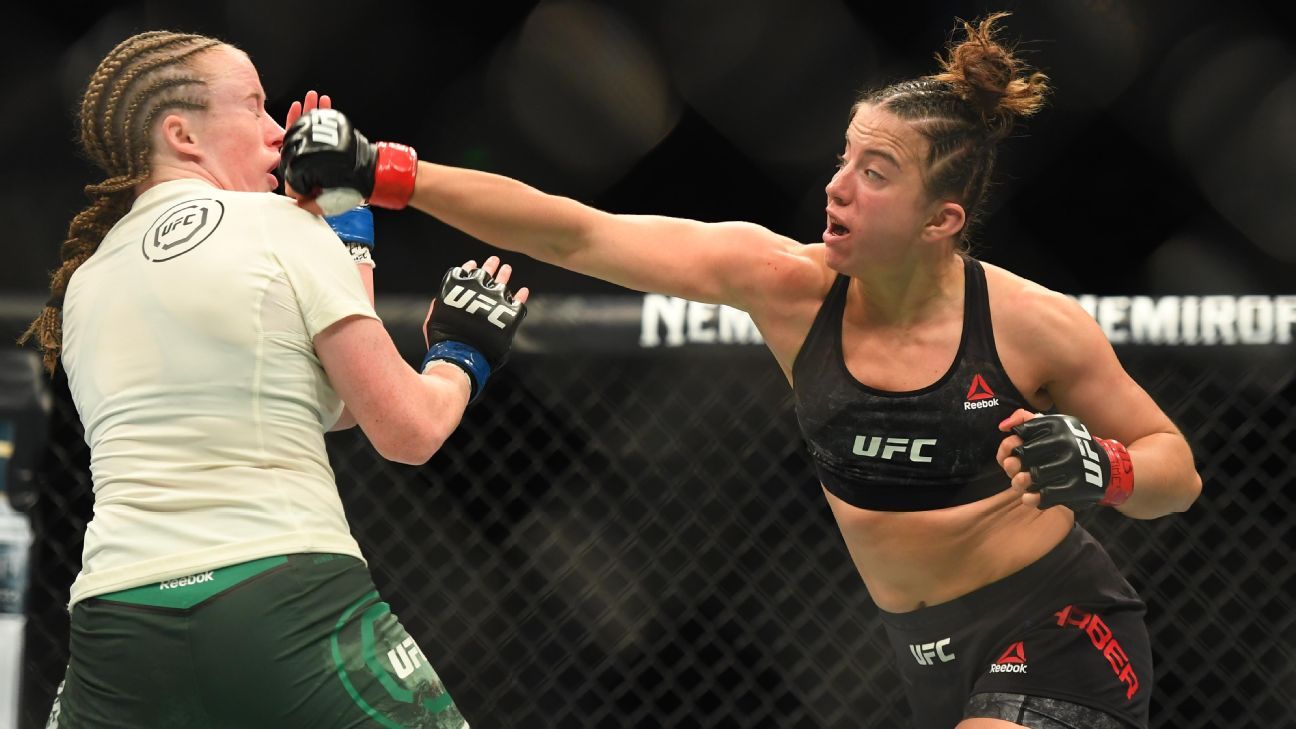 The UFC is close to finalizing a flyweight bout between two rising prospects in Maycee Barber and Gillian Robertson on Oct. 18, sources told ESPN.

Contracts have not yet been signed, but both sides have agreed to the matchup. The 125-pound contest will take place at UFC Fight Night at TD Garden in Boston and will air on ESPN.

Barber (7-0) will be looking to keep her perfect record intact. The 21-year-old phenom has repeatedly stated her goal is become the youngest champion in UFC history, a distinction that is currently held by Jon Jones. Jones first won the UFC’s light heavyweight championship at 23.

Fighting out of Milwaukee, Barber is 2-0 in the UFC. She signed with the promotion as a contestant on the Dana White Tuesday Night Contender Series in 2018.

Robertson (7-3) is just three days removed from a TKO victory over Sarah Frota at UFC 240 in Edmonton. The 24-year-old Canadian teased a quick turnaround on social media on Tuesday.

A light heavyweight bout between Chris Weidman (14-4) and Dominick Reyes (11-0) is scheduled to headline UFC Fight Night on Oct. 18.