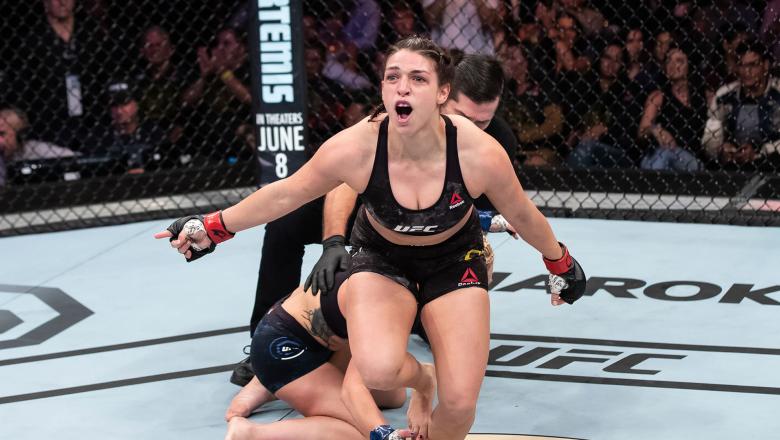 Don’t expect Mackenzie Dern to make those widespread alterations to her game.

“After my loss in Tampa I felt like I did the best I could. I did the best I could in my preparation, I prepared really hard for the fight, especially since I came from a pregnancy and missing weight in my last fight in Rio,” she said. “I really tried to do my best, but I think just that Amanda [Ribas] was just better than me that night and she got the win. It wasn’t anything like I need to change this and this and this. I think the biggest lesson I learned was just not feeling the taste of a loss again because it just changes everything.”

That loss to Ribas came last October, and since then, Dern hasn’t let that night in Tampa haunt her one bit. She’s focused on her family and improving her skill set amidst the limitations that have popped up during the COVID-19 pandemic.

Dern has continued her training at Black House Academy in California, where she has been able to utilize an Octagon, private training partners and some equipment. One huge benefit to the scaled down training camp is that Dern has had the ability to stay close to home and close to her nearly one-year-old daughter, Moa.

That’s not the case for Dern now that she’s in Las Vegas for the UFC’s next event on May 30.