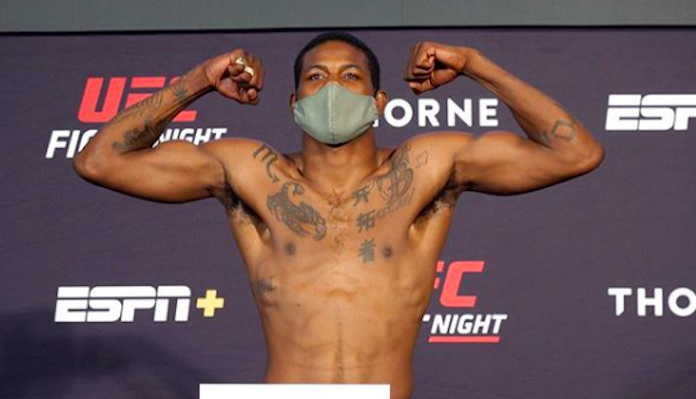 Holland vs. Muradov was set to be a part of the main card for this Saturday’s UFC event, which features a main event between middleweights Uriah Hall and Anderson Silva. Holland vs. Muradov had the potential to a great fight, but unfortunately, it won’t be happening anymore. According to a report from MMAFighting.com, Muradov was forced to withdraw from the event and he has been replaced by the UFC newcomer Ontiveros.

Holland (19-5) joined the UFC roster in 2018 and has since become a staple of the UFC middleweight division, going 6-2 in the Octagon with wins over Darren Stewart, Joaquin Buckley, Alexander Hernandez, Alessio Di Chirico, Gerald Meerschaert, and John Phillips, with losses to Thiago Santos and Brendan Allen. Holland has been red-hot as of late, going 3-0 since the UFC returned following the start of the coronavirus pandemic.

Ontiveros (11-6) will be making his UFC debut on very short notice here as he fills in for Muradov on just a few days’ notice. Ontiveros does not have an impressive record in MMA but he has won his last two fights by knocking coming into this contest with Holland. Looking at his record, it is concerning to see that Ontiveros has lost six times by TKO. On the flip side, he has finished seven of his 11 career victories by knockout or submission.

Overall, this appears to be a very difficult debut for Ontiveros against one of the hottest middleweights in the division in Holland. Look for “The Trailblazer” to open as a sizeable betting favorite at the sportsbooks as he attempts to go 4-0 in 2020, though “The American Badboy” will be looking to pull off a major upset on Saturday night.

Do you think Charlie Ontiveros has what it takes to beat Kevin Holland on short notice?