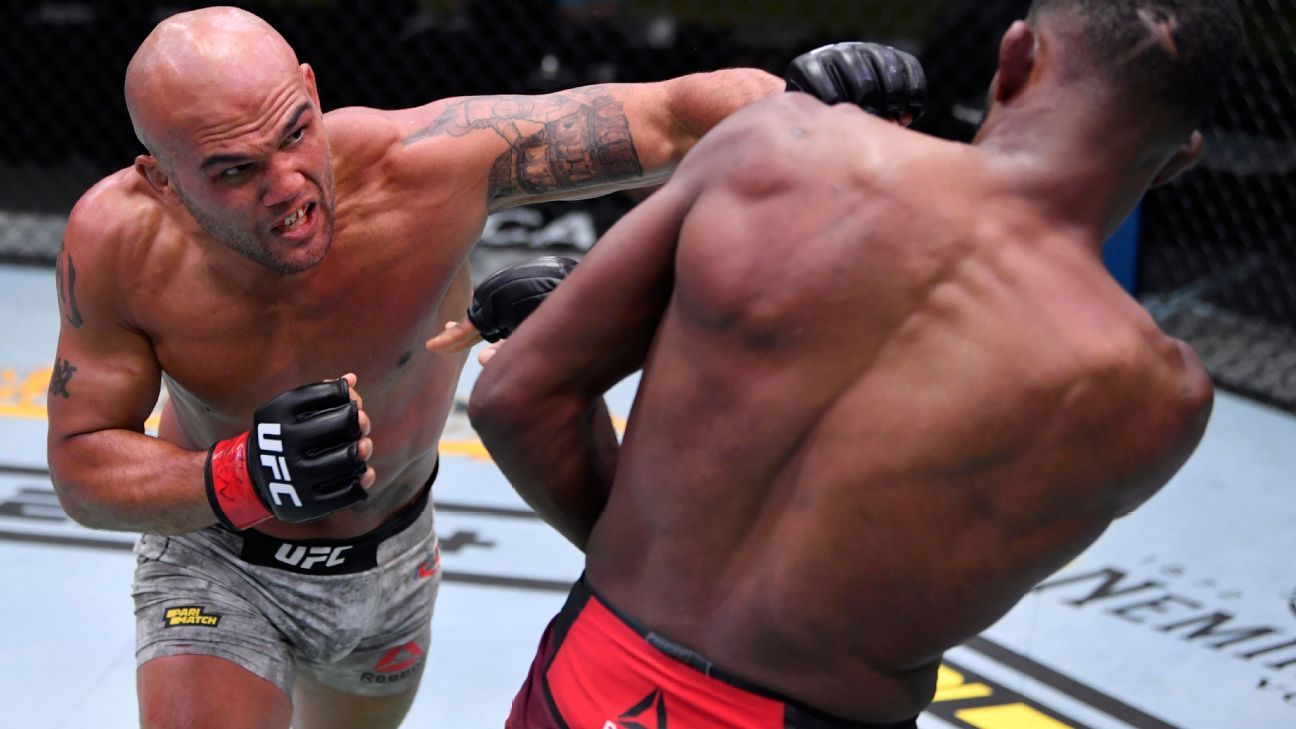 An anticipated welterweight bout is off the UFC’s next pay-per-view main card.

Former UFC welterweight champion Robbie Lawler is out of a scheduled bout with Mike Perry at UFC 255 on Nov. 21 in Las Vegas, sources told ESPN’s Ariel Helwani. The UFC is seeking a replacement to fight Perry, sources said.

Perry tweeted Wednesday that Lawler is injured. Perry wrote that he would be willing to fight top prospect Khamzat Chimaev or Darren Till next at middleweight. Chimaev is scheduled to fight welterweight prospect Leon Edwards in a UFC Fight Night headliner Dec. 19, and Till is taking on Jack Hermansson on Dec. 5.

Lawler (28-15, 1 NC) has lost four straight. The Florida resident is 1-4 since dropping the welterweight title to Tyron Woodley at UFC 201 in 2016. Lawler, 38, is known for being one of the most exciting action fighters in UFC history.

Perry (14-6) also is known for entertaining standup wars. The Florida resident is coming off a unanimous decision win over Mickey Gall in June that snapped a two-fight losing streak.

Perry, 29, has had several issues outside the cage over the years. Most recently, he was arrested in Texas for assault in July after allegedly knocking out an older man with a punch. The incident was captured on video and Perry could be heard yelling racial slurs several times. At the time, the UFC said it would not book Perry’s next fight until he completed a substance and behavioral treatment program.