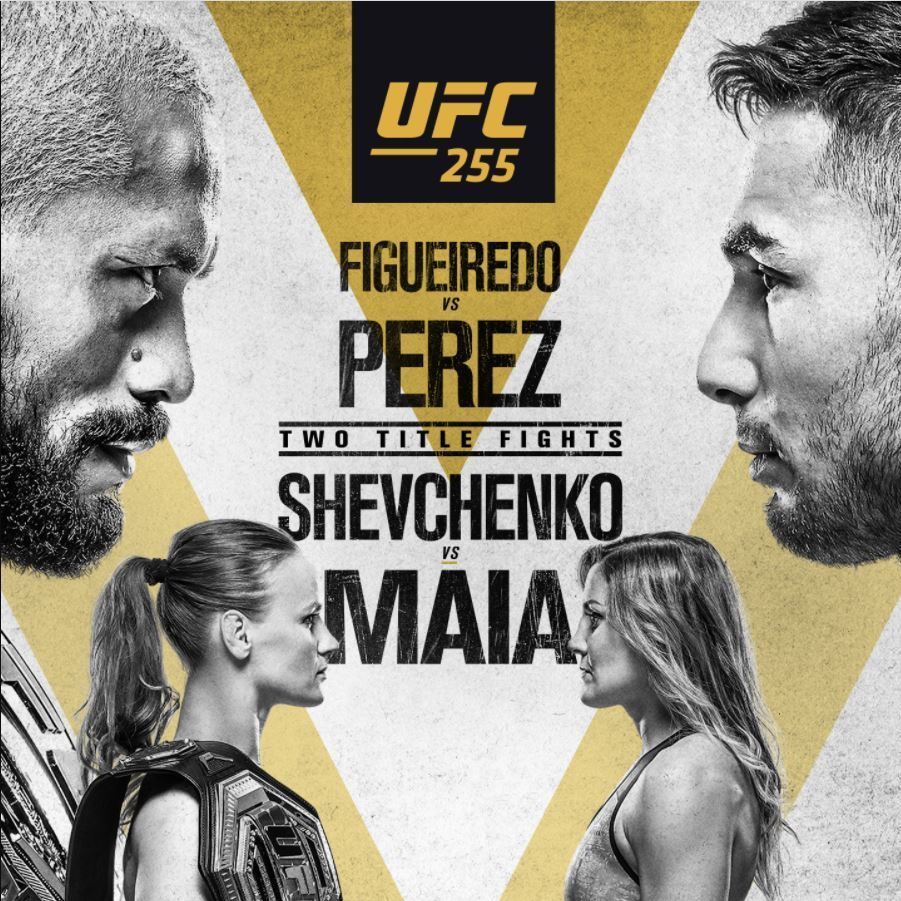 Three of the four UFC 255 title headliners have had notable weight issues in the past. But none of those problems reared their ugly heads Friday morning.

Deiveson Figueiredo and Alex Perez each successfully made weight ahead of their UFC flyweight title fight. Figueiredo, the flyweight champ, weighed 125 pounds even, while Perez came in at 124.5 pounds. The two will headline UFC 255 on Saturday in Las Vegas.

In the co-main event, Valentina Shevchenko will defend her women’s flyweight title against Jennifer Maia. Shevchenko and Maia both successfully weighed in Friday at 124.5 pounds.

Figueiredo, Perez and Maia have all had trouble making weight in the past. Figueiredo spoiled his first chance to win the flyweight title back in February when he missed weight for a bout against Joseph Benavidez. Perez has missed weight five times in his career, while Maia had missed twice in her past three fights.

Figueiredo (19-1) beat Benavidez via first-round submission in July to win the flyweight belt. The Brazilian slugger has won four straight. Figueiredo, 32, is ESPN’s No. 8-ranked pound-for-pound MMA fighter in the world and ranked No. 2 at flyweight.

Shevchenko (19-3) is ranked No. 2 by ESPN on the women’s MMA pound-for-pound list. The Kyrgyzstan native has won five straight and has lost to just one opponent in her UFC career: Amanda Nunes, the UFC women’s bantamweight and featherweight champion. Shevchenko, 32, is undefeated at flyweight in the UFC.

Maia (18-6-1) is coming off a first-round armbar win over Joanne Calderwood in August. The Brazil native is the former Invicta FC women’s flyweight champion. ESPN has Maia, 32, ranked No. 4 in the world at women’s flyweight.

UFC 255 will take place in front of no fans at the UFC Apex, a facility across from the promotion’s corporate campus in Las Vegas.