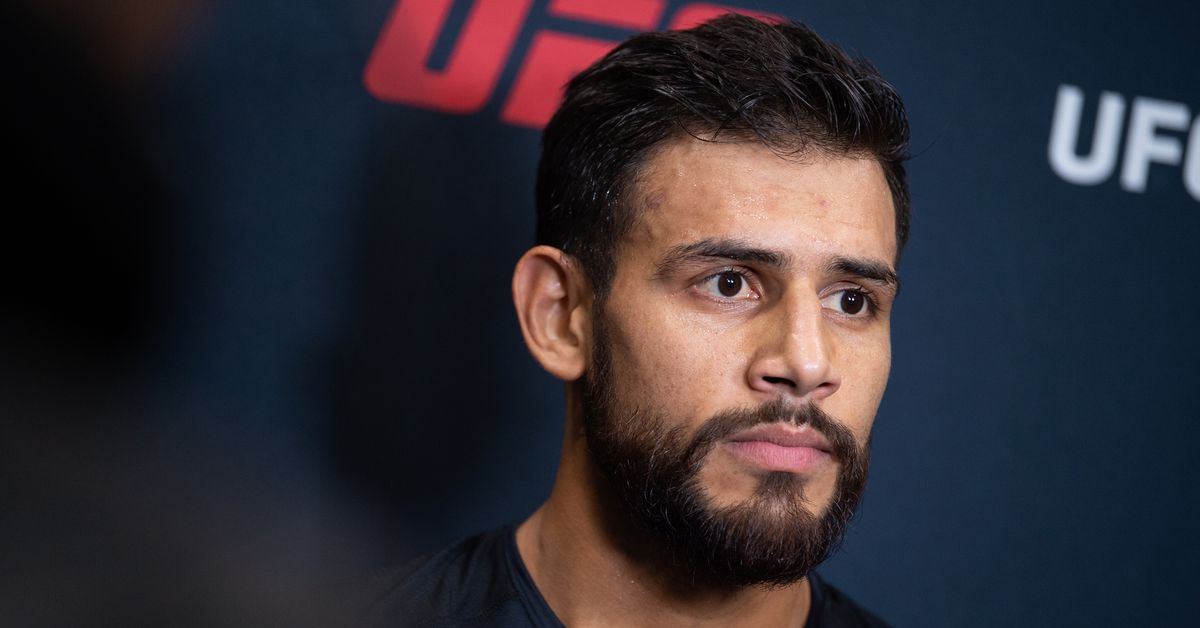 We haven’t seen Yair Rodriguez in the cage since his impressive win over Jeremy Stephens back in November of 2019, and based on what Dana White said – or rather refused to say – during the UFC Vegas 15 post-fight press conference, we may not see him again for a while yet.

A bout between Rodriguez and Zabit Magomedsharipov set for August was cancelled due to a broken ankle suffered by “El Pantera.” But recent photos of Yair back in the gym and training led a reporter to ask White about his status.

“Yair? Have we not talked publicly about that?” White asked his assistant off camera. “Why not?”

“I don’t think he’s going to fight soon,” White said after a moment.

Without anything else to go on but that, we’d normally assume Rodriguez was in the middle of some USADA situation that prevented White from saying anything. But Dana and Yair have butted heads before in the past, with White releasing Rodriguez back in 2018 for allegedly refusing too many fights.

“We offered him fights, he turned down the fights,” White said at the time. “There was a lot more back and forth that went on with that. If you don’t want to fight, this isn’t the place to be. There’s plenty of places out there that will take Yair Rodriguez and would love to have him, and would sign him and I’m sure he’ll have a great career. This isn’t the place for you.”

So to say the relationship between the UFC and Yair Rodriguez seems already strained would be an understatement. Which is really too bad because it’s the fans losing out when politics or whatever the hell it is keeps someone as impressive as “El Pantera” out of the cage.