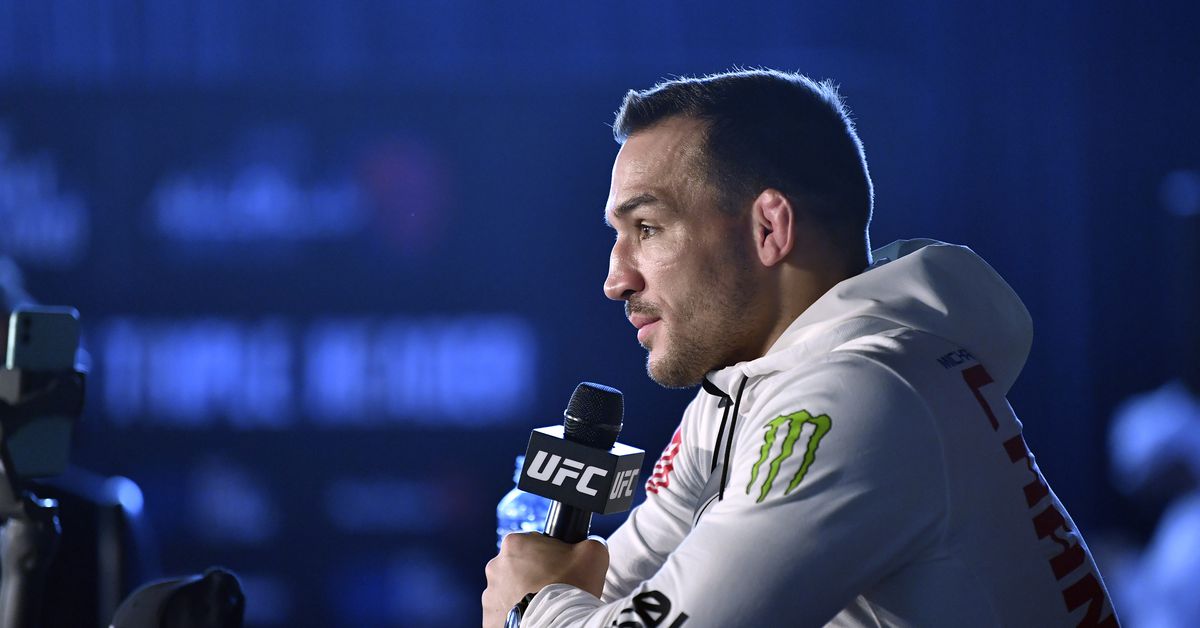 Michael Chandler will get the chance to win Ultimate Fighting Championship (UFC) gold in just his second fight for the mixed marital arts (MMA) promotion when he faces Charles Oliveira in the main event of UFC 262 on May 15, 2021 in Houston, Texas.

It’s a fight pitting two of the best Lightweights in the world against one another for the vacant title left behind by Khabib Nurmagomedov. With the 155-pound picture being very busy, the promotion is also trying to lock down a title eliminator fight between Dustin Poirier and Conor McGregor.

Naturally, Chandler feels he’s going to take out “Do Bronx,” and he already has his pick in for the winner of the possible trilogy bout between “Notorious” and “The Diamond,” which is why he had no issues predicting who his first potential title defense will be against.

“If I put my money on it, I think it is going to be Conor,” the former Bellator MMA Lightweight champion recently told ESPN. before explaining why he feels McGregor will be the one to prove victorious against Poirier.

“I think he makes some adjustments, very small, minor adjustments and he gets that win in the trilogy.”

Poirier knocked out McGregor at UFC 257 earlier this year to even the series up at one a piece.

It was recently revealed that “The Diamond” was the first man offered the chance to fight for the vacant strap but ultimately declined in an attempt to lock down a third McGregor bout. It’s a smart move by Poirier because not only can he secure himself another big payday with a win over McGregor, but he also gets the title fight, assuming Justin Gaethje doesn’t get it first.

Still, several pieces have to fall into place in order for Chandler to see his predictions come through, starting with attempting to snap Oliveira’s eight fight win streak in “H-Town” this summer.