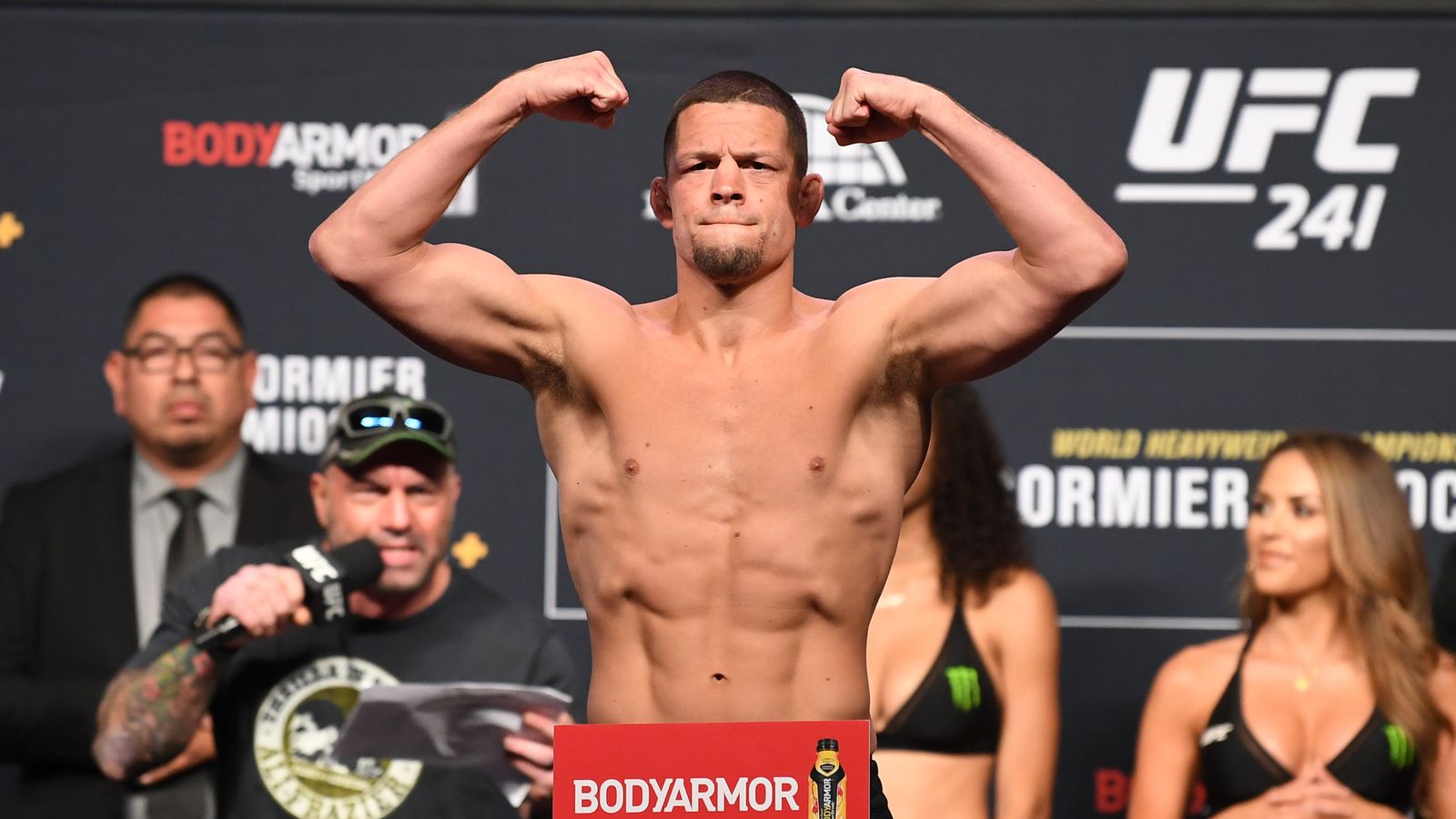 Nate Diaz will make his long-awaited return to action to face Leon Edwards in the co-main event of UFC 262 on May 15, 2021 in Houston, Texas. That’s according to ESPN’s Ariel Helwani, who dropped the unexpected late night nugget no one saw coming.

The fight will be Ultimate Fighting Championship’s (UFC) first-ever non-title co-main event in history booked for five rounds. The event is set to be headlined by Lightweight title fight that will see Michael Chandler and Charles Oliveira fight for the vacant strap left behind by Khabib Nurmagomedov.

Soon after the news broke, Diaz hopped on Twitter to confirm the showdown.

“Check me out may 15th I’ll be headlining UFC 262 in Houston, Texas,” wrote Diaz on Twitter. “I’ll also have the new UFC lightweight title fight on the card. I need people to know these guys are they’ve been working very hard and I can’t wait to see who gets my old (crown) I’ll see you guys there.”

Diaz hasn’t competed since coming up short in his bid to claim the first ever “BMF” title against Jorge Masvidal at UFC 244 on Nov. 2019. After the loss, the Stockton slugger revealed he’d be going on another extended hiatus until a fight came along that would peak his interest, and a bout against Edwards is one nobody saw coming.

As for “Rocky,” he recently got back into the Octagon for the first time in 20 months at UFC Vegas 21 against Belal Muhammad. Unfortunately the fight ended in a “no contest” after an inadvertent eye poke prevented Muhammad from being able to continue.

While many were expecting an immediate rematch to be booked, “Rocky” shifted his attention to a title fight. But after the promotion announced that division king, Kamaru Usman, would take part in a rematch against Masvidal at UFC 261 on April 24, a fight against Diaz seemed like the next best thing for Edwards.