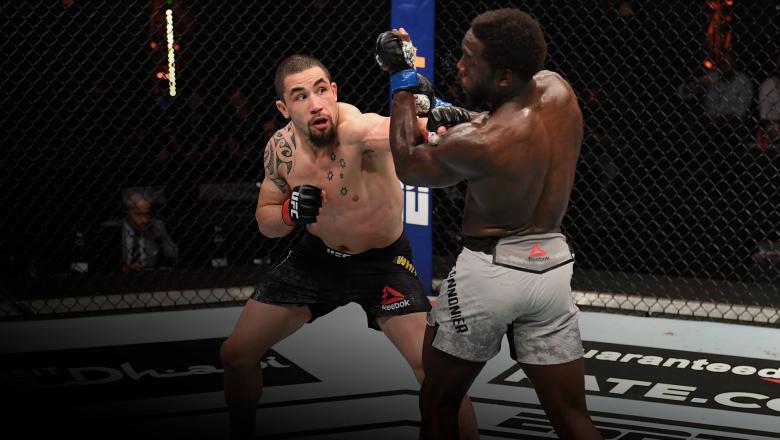 What It Means: When Gastelum is at his best, he is a strong striker with legit knockout power and sneaky quickness who moves in and out of range as well as inside the pocket. His left hand carries malicious intentions, and when he is on his toes and bouncy, he becomes a difficult target for his opponents to find. He has shown a good ability to wrestle and control his opponents when given the chance, and if those abilities continue to blend, he becomes a puzzling fighter to attack.

What to Look For in the Fight: A matchup more than two years in the making, the two former Ultimate Fighter winners (and coaches) finally get to do battle, and while gold isn’t on the line this time, another shot at Israel Adesanya could be. Both fighters like to bounce in and out of range fairly quickly and possess true knockout power. Whittaker is probably the quicker of the two and blends his hands and feet a little better, but Gastelum’s body kicks and hands need to be paid attention to. In the grappling area, Whittaker probably uses his wrestling more of the two historically and has debatably out grappled Olympic-level wrestlers, but Gastelum’s rededication to that area of MMA in his most recent fight brings up fair questions of how the two stack up there.