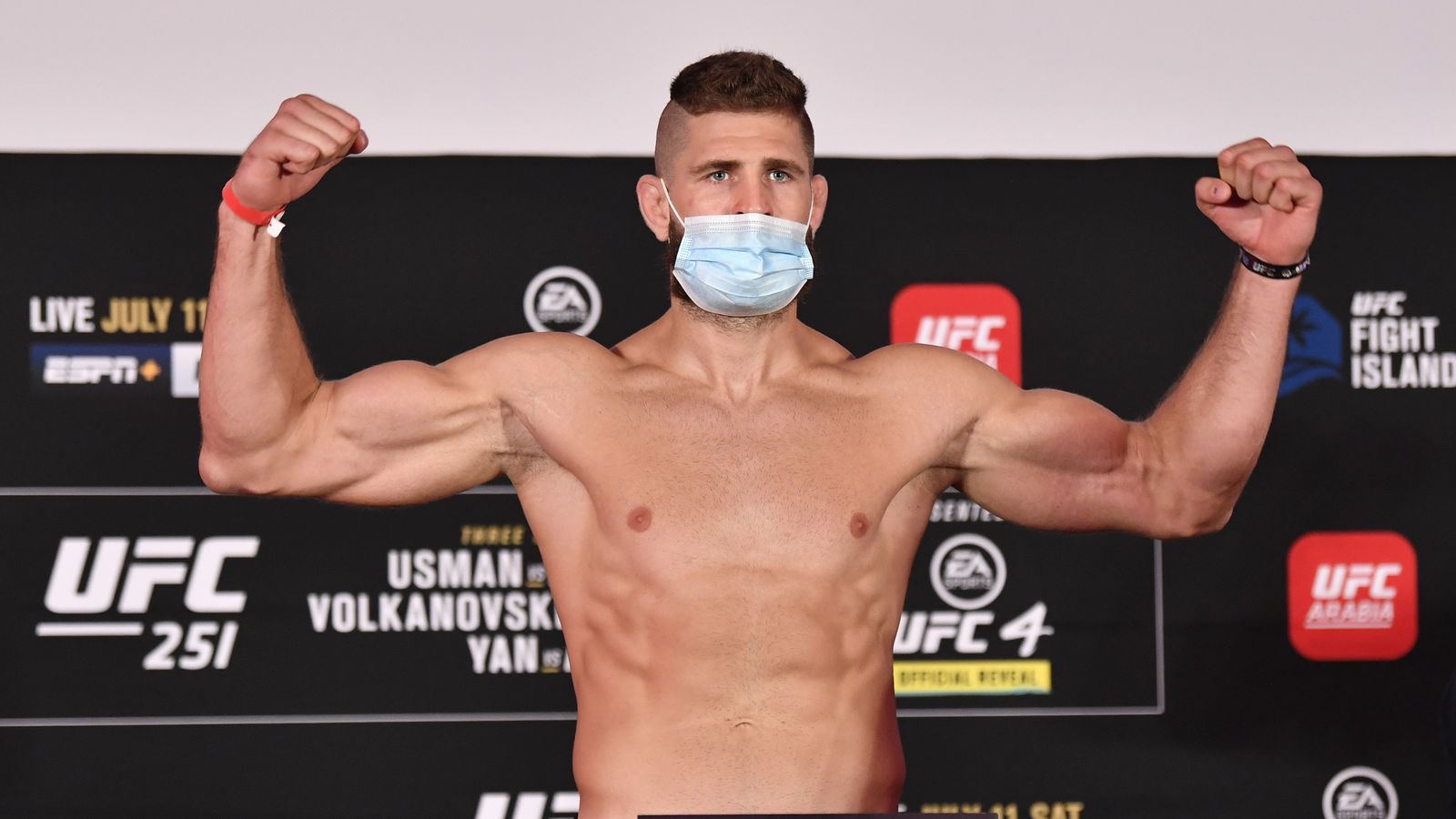 Ultimate Fighting Championship (UFC) is just over 24 hours away from its UFC Vegas 25 mixed martial arts (MMA) event inside APEX facility this Sat. night (May 1, 2021) in Las Vegas, Nevada, headlined by a light heavyweight contender fight between Dominick Reyes and Jiri Prochazka, with the winner emerging atop a very short list of 205-pound title challengers.

Before the action gets underway this weekend in “Sin City,” which also features a featherweight co-main event between veteran standout Cub Swanson and division up-and-comer Giga Chikadze, all 24 fighters must hit the scale to prove themselves worthy.

The UFC Vegas 25 weigh ins will stream LIVE in the embedded video player above beginning at Noon ET (9 a.m. PT). We’ll also have real-time text updates for the “Reyes vs. Prochazka” weigh ins listed below, updated as they happen.

To check out the latest and greatest UFC Vegas 25 news and notes be sure to hit up our comprehensive event archives here and here. For the complete “Reyes vs. Prochazka” fight card and ESPN2/ESPN+ lineup click here.