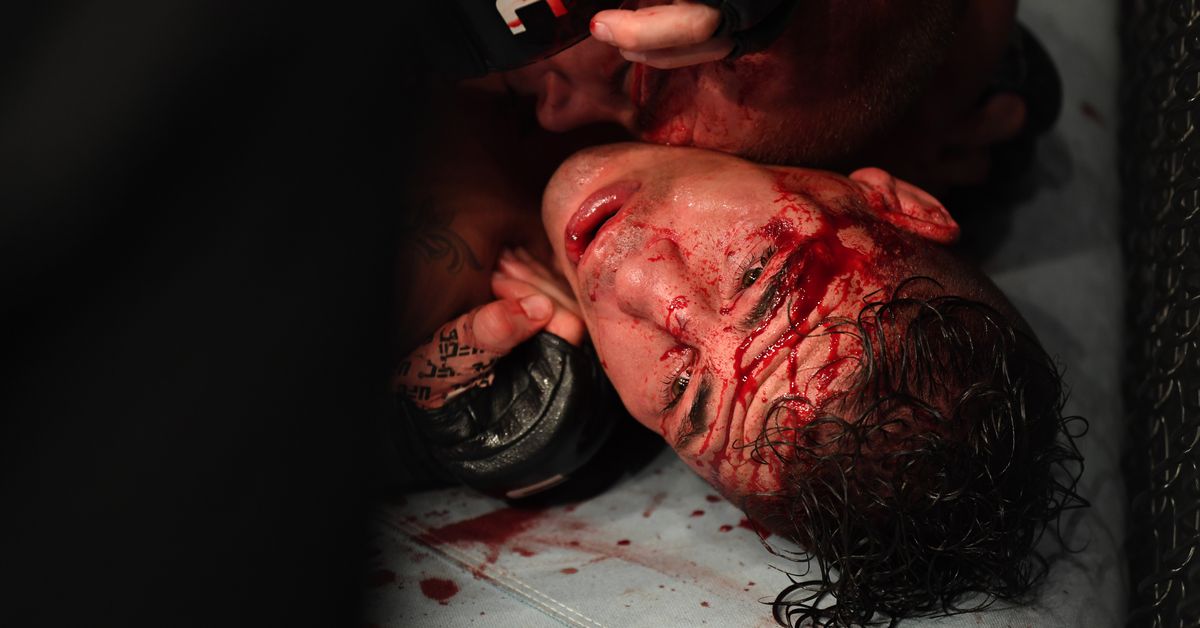 Have we seen the last of inaugural Ultimate Fighter (TUF) champion and former title challenger Diego Sanchez inside the Octagon? “The Nightmare” has been vocally complaining about his treatment from UFC, claiming they left him at the airport and disrespected him via commentary.

Today, he posted “FREE AT LAST, FREE AT LAST” on his Instagram story, tagging several other promotions in the post (including Bellator and Bare Knuckle Fighting Championship). While UFC has yet to release a statement or remove Sanchez from the roster, it’s hard to interpret the post in any other way.

Times have certainly been tough for the 39-year-old veteran. He’s lost two of his last three bouts, and the sole victory was a disqualification. In truth, Sanchez has been losing more often than not dating back to 2013, so a release wouldn’t be shocking, particularly when his coach is frequently getting in arguments with UFC staff.

That said, Sanchez appears pleased with the outcome. Hopefully, it opens up a new opportunity for “The Nightmare,” who would be ending his 16-year UFC stretch with a 19-13 record inside the Octagon.

Jimmy Crute with a pretty classy response to an unfortunate situation in his loss to Anthony Smith at UFC 261:

With Sanchez out, lots of fighters have joined Albert Tumenov in trying to book a fight vs. Donald Cerrone.

Merab Dvalishvili’s style of slamming people, letting them up, then slamming them again is awesome.

Michelle Waterson is more excited about being UFC Vegas 26’s new main event than I am.

Does Francis Ngannou vs. Tyson Fury happen at some point? They should at least box in MMA gloves to even the odds up a smidge.

Cub Swanson still has some violence left in him.

There are reasonably safe positions to rest in a fight. This is not one of them:

I don’t think this person is alive anymore.

Midnight Music: I don’t love The Eagles, but nor do I hate them a la The Dude.

Leon Edwards expects to win at UFC 263 and jump over Colby Covington into title fight against Kamaru Usman
Nate Diaz provides Leon Edwards a shot at something that’s eluded him — stardom
Leon Edwards won the fight, Nathan Diaz won the night
Dana White: Demian Maia has fought ‘his last fight’ for the UFC
The behind-the-scenes stories of Nate Diaz, as told by those who know him best