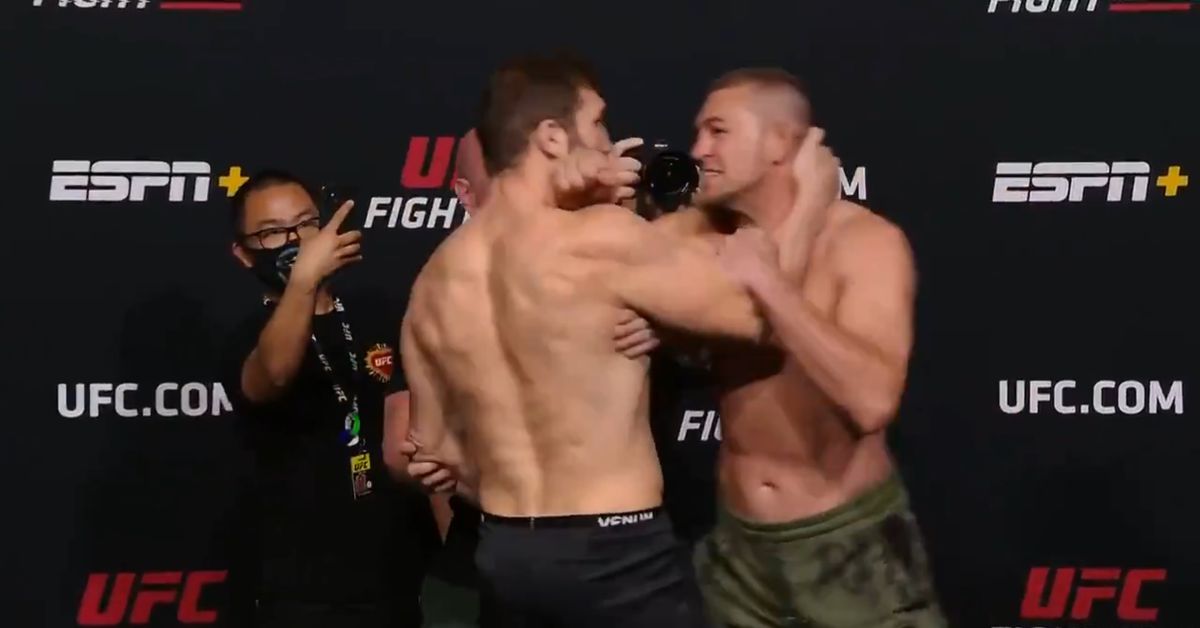 Ion Cuteleba was up to no good again at the UFC Vegas 25 staredowns.

The light heavyweight apparently couldn’t wait until fight night to get a hold of opponent Dustin Jacoby. Following Friday’s official weigh-ins, Cutelaba grabbed onto the back of Jacoby’s neck when they faced off, causing Jacoby to shove him and security to step in to separate the fighters.

Watch the exchange above.

This isn’t the first time that Cutelaba has made the most of his camera time before fight night. “The Hulk” has previously shown up covered in green paint for the weigh-ins and he got uncomfortably close with rival Magomed Ankalaev when they faced off in the past.

Cutelaba and Jacoby will get the chance to settle their score when they meet on Saturday’s main card, which is headlined by a light heavyweight bout between contenders Dominick Reyes and Jiri Prochazka.

Look back at Nate Diaz’ top 5 UFC finishes | Video
The Scorecard | UFC 263: Adesanya Vs Vettori 2
UFC 263 Complete Highlights! Watch What Happened At ‘Adesanya Vs. Vettori 2’
UFC Real or Not: Adesanya has cleared out middleweight; Edwards missed his chance
Dana White responds to Paulo Costa’s withdrawal and issue with pay: “You should have started a YouTube channel when you were f—–g 13 years old”