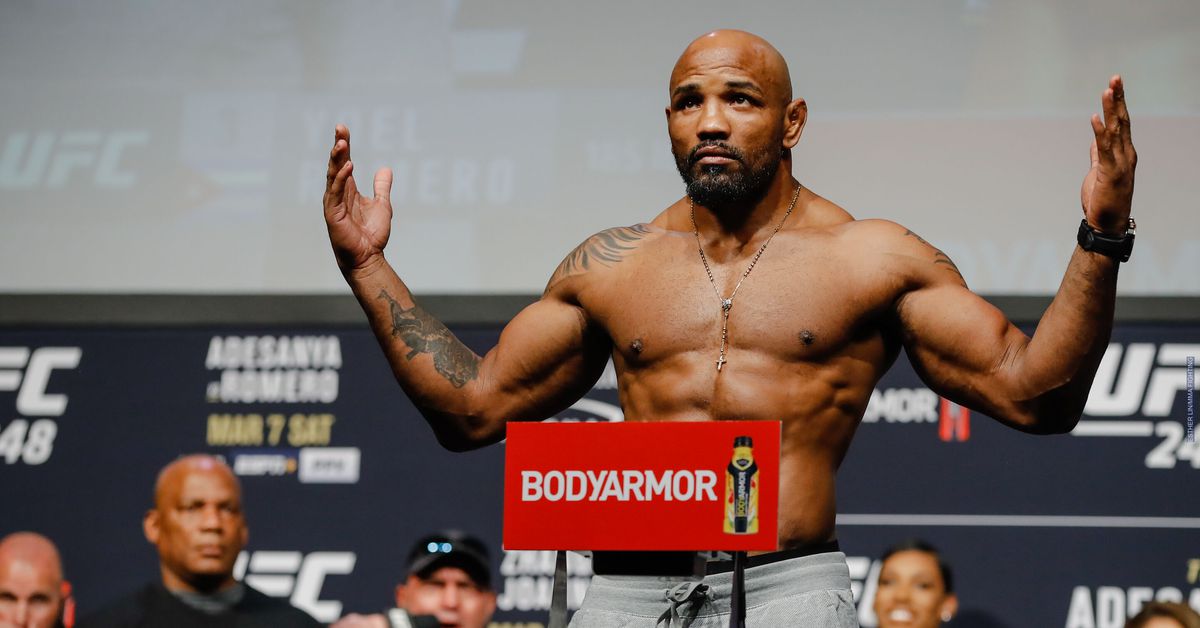 The highly anticipated Bellator Light Heavyweight World Grand Prix opening round matchup between Yoel Romero and Anthony Johnson is off.

MMA Fighting confirmed with Bellator officials and Romero’s management that Romero has been forced to withdraw not just from his co-main event bout with Johnson at Bellator 258 on May 7, but from the light heavyweight tournament altogether after he did not clear pre-fight medical testing. The news was first reported by CBS Sports.

Bellator 258 was to mark the promotional debuts of both Romero and Johnson, two longtime UFC contenders at middleweight and light heavyweight, respectively, that signed with Bellator in December 2020. Officials are seeking a new opponent for next week’s card to face Johnson and to serve as an alternate for the grand prix.

Romero, 43, has lost three straight bouts and four of his past five. In his most recent outing, he lost a unanimous decision to UFC middleweight champion Israel Adesanya at UFC 248 in March of last year.

Johnson, 37, is coming out of retirement after most recently competing at UFC 210 in April 2017, where he lost by second-round submission to then-UFC light heavyweight champion Daniel Cormier. He has won 12 of his past 14 fights.

Bellator 258 will proceed with its originally scheduled headliner featuring Juan Archuleta’s first defense of his bantamweight championship against Sergio Pettis.