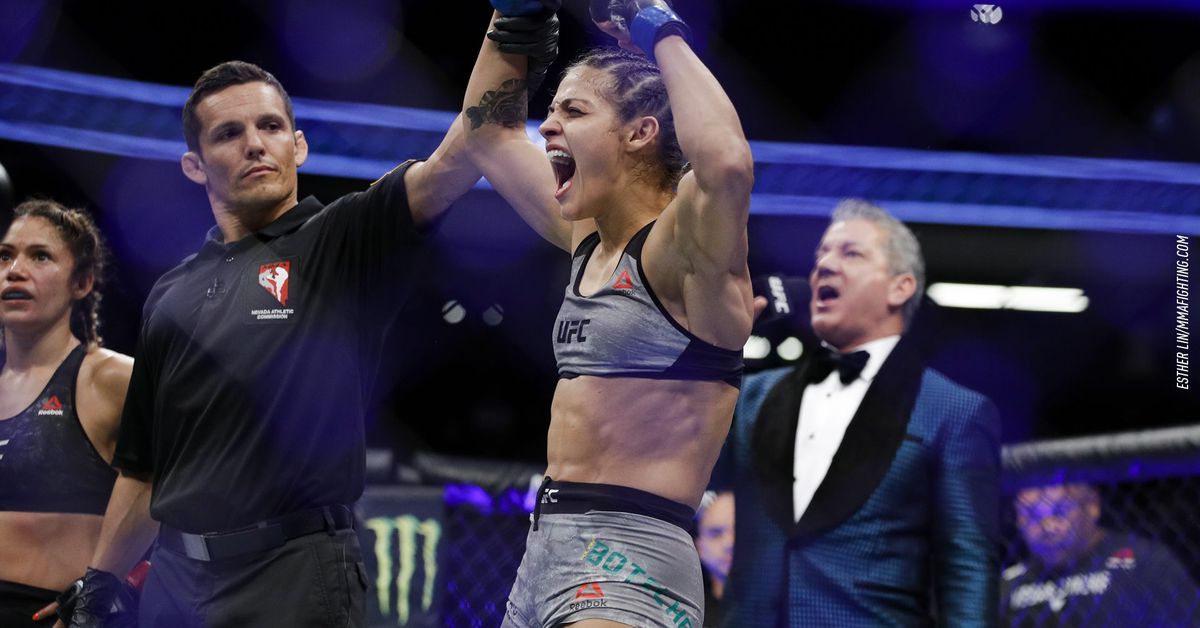 Poliana Botelho signed a contract to face Ji Yeon Kim at UFC Vegas 25 on May 1, and then said “yes” to the UFC when Maya Bueno Silva was offered as a replacement. In the end, Botelho will be sharing the octagon with Luana Carolina, who took the spot after “Sheetara” suffered a back injury.

“It looks like I’ve done three fights already,” Botelho laughed during an interview with MMA Fighting. “We study every fighter and they require a different game and different strategy, but, in the end, we were able to train a full month for Luana. I’m happy that this fight got done instead of it being cancelled.”

MMA fighters often say they really evolve in between camps since they are way too focused on preparing for a specific opponent once a contract is signed. In this case, Botelho had to adapt her camp every time the UFC called with a new name.

“We ended up training something different for each opponent and that’s a good thing,” Botelho said. “On the other hand that might not be that good because we didn’t have much time to prepare for the actual opponent we’re fighting. More time to prepare would have given us more time to adjust to the strategy.”

Regardless of the constant changes, Botelho is happy to finally re-enter the octagon seven months after a decision defeat to Gillian Robertson. Feeling “healthier” as a flyweight, the Nova União fighter still aims to be more active going forward.

“When I left the Gillian fight with no injuries or whatnot, I asked them for another fight right away but ended up waiting too long,” she said. “I want to fight many times a year. I couldn’t do that at 115 [pounds] because it was way under my normal weight, but 125 is ideal for my body and I can fight more often, at least three times a year. I can take another fight in two months. I don’t want to wait too long in between fights.”

Carolina also hasn’t competed in a while — 10 months, to be exact — after sustaining a serious knee injury courtesy of Ariane Lipski’s brutal kneebar in Abu Dhabi. She also missed weight for UFC Vegas 25. Botelho, who went 3-2 in her first five octagon appearances, respects her countrywoman but wants a big victory in Las Vegas.

“The strategy was set and I hope to put on an excellent fight in there. May the best one win,” Botelho said. “She’s more of a striker, has good reach and good knees, kicks and elbows. Her striking is very dangerous.”