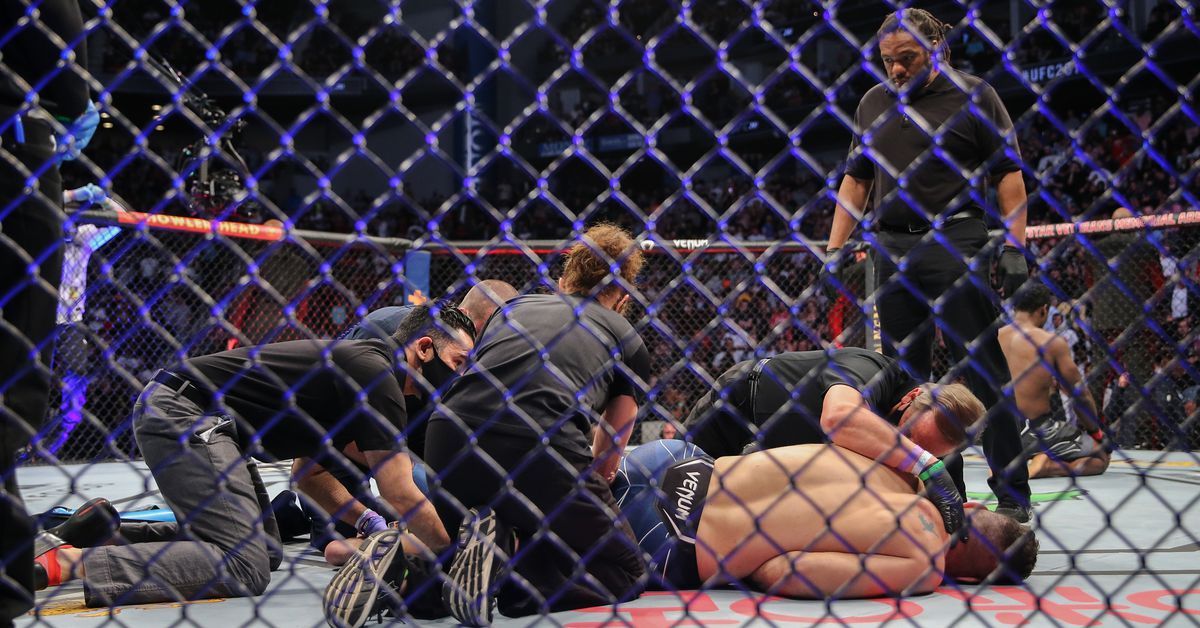 Weidman suffered a broken leg after Uriah Hall checked his leg kick in the opening seconds of the pay-per-view bout this past month, and he now faces a six-month medical suspension, per the Florida State Boxing Commission, which regulated the event at Vystar Veterans Memorial Arena in Jacksonville, Fla.

The FSBC released the suspension lengths but did not provide details on the nature of the suspensions, citing medical privacy. Generally, full suspension terms apply only if an injury is not cleared by a relevant doctor, though Weidman’s timetable for return remains unknown in the wake of the serious injury.

Weidman wasn’t the only one to sustain a leg injury. Jim Crute’s ankle went limp after he took a leg kick from Anthony Smith in the pay-per-view opener of the UFC 261 fight card.

Here are the full suspensions arising from UFC 261, which was headlined by a welterweight title rematch between champ Kamaru Usman and Chris Weidman.

The behind-the-scenes stories of Nate Diaz, as told by those who know him best
Andre Fili vs. Daniel Pineda serves as late addition to UFC Vegas 30 fight card
Dana White says Robert Whittaker next in line for a middleweight title shot
Nate Diaz GOES OFF ON Francis Ngannou for complain about UFC pay, Dana White reacts to Paulo Costa
Floyd Mayweather Open To Fighting Jake Paul On One Condition