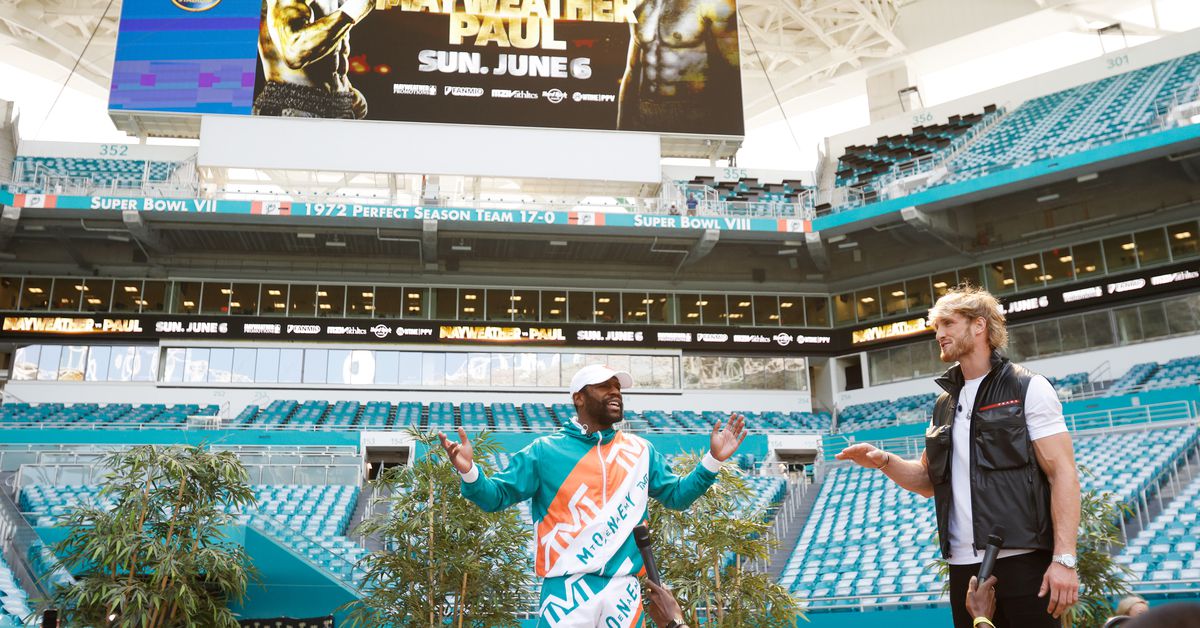 For the most part, Conor McGregor has remained above associating himself with the Paul brothers, despite Jake Paul’s attempts to score a fight with the Irishman. Outside of the Octagon, McGregor has his eyes on bigger targets like Manny Pacquiao and a Floyd Mayweather rematch.

The latter opportunity is likely what prompted the following post, as McGregor slammed Mayweather as an “embarrassment” for his role in the shoving match with Jake Paul (who isn’t even Mayweather’s opponent!).

“Hey @leonardellerbe, what the fuck is Floyd at?” McGregor wrote. “The kid curled up, didn’t fight back once, and Floyd is still running around acting the tough guy. The kid actually just pulled this shambles of a situation Floyd is in out of the drain for him. He should thank him.It’s embarrassing! Pro to pro it’s embarrassing. He will not scratch 10m for this fight and he knows it. It was cancelled once already. The world is watching this on Twitter. He’d fight a half decent pro and command 20m upwards, yet its this shit.

“Whatever way you spin this, it’s sad. Fight someone for real, on your record, or fuck off mate. Slap head!”

Other than the planned bout between Logan Paul and Mayweather, it remains to be seen if future match ups between any of these four emerge.

Scott Coker just told me that Bellator will not be looking to add Diego Sanchez to the roster now that he is a free agent.

Randy Costa vs. Adrian Yanez being added to the card would only improve UFC 262.

So you mean to tell me that you don’t want to see @yanezmma and I tossing our limbs around the Toyota Center with no regard for safety?
I find that hard to believe.

Why wait until July when there’s a full capacity show next week in Adrian’s hometown? ‍♀️ ‍♀️ ‍♀️ pic.twitter.com/SRF2LwDmDZ

A frightening update on the Phoe Thaw situation:

The Phoe Thaw situation is very serious. He is suffering from serious burns and has been abducted from hospital by the military after publicly protesting against the junta https://t.co/7oLTU3Z9Mq

The science behind one of the main painful strikes in the sport:

Gregor Gillespie is a different level of wrestler compared even to most of the UFC’s best.

To the surprise of no one, Francis Ngannou can crush some box jumps. Is there even an argument for the division’s best athlete?

Michelle Waterson is making the most of weight cut!

If nothing else, man can take a shot!

It cannot be easy to be the brother of a dominant UFC champion.

It’s almost always better to make a kick miss entirely than absorb even a bit of the impact.

A bunch of egg art.

Midnight Music: What can I say, still doing lots of driving to classic rock.