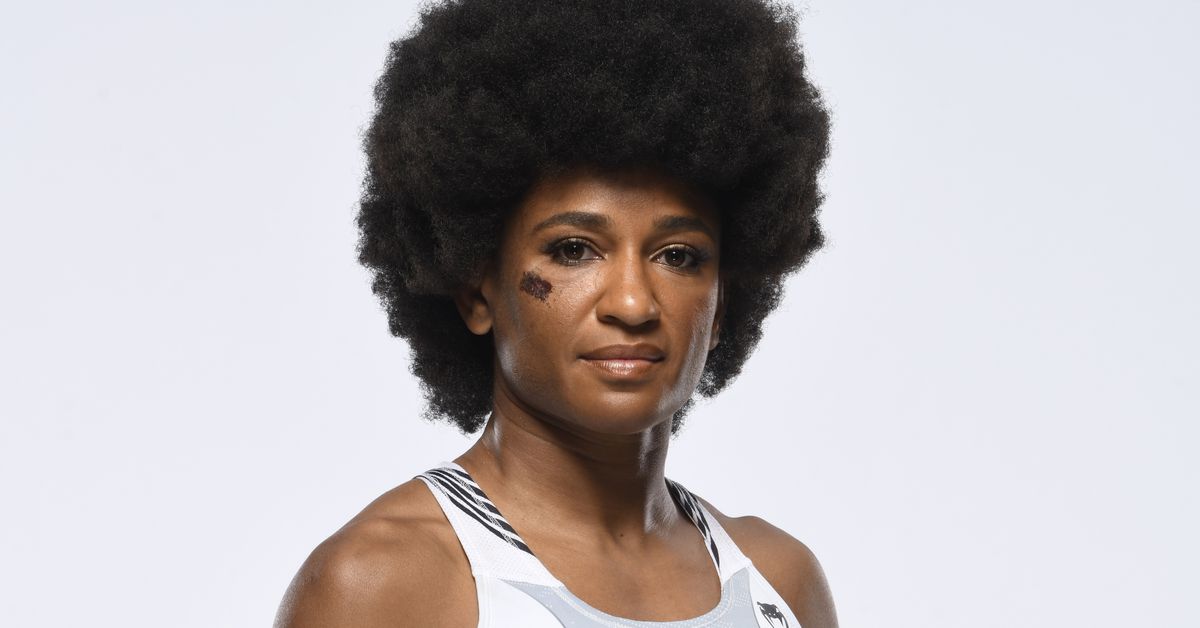 Angela Hill was set to scrap with Amanda Ribas in one of the more anticipated fights on the UFC Vegas 26 card … untl Ribas was pulled from the event on fight day due to a positive COVID-19 test.

That’s the fourth fight cancellation Hill has had to deal with in the past 12 months (and the second scratched on fight day due to the Coronavirus), so “Overkill” definitely has experience dealing with how frustrating this situation must be. Maybe that’s why she was able to be so classy on social media when announcing the terrible news.

“Hey Amanda Ribas,” Angela said, munching on a cupcake. “Sorry this has happened to you, I’ve been through this before. Wishing you a speedy recovery and hopefully I can see you in two weeks.”

Two weeks the amount of time the UFC has delayed some past fights where fighters go through COVID-19 with no serious symptoms. According to MMA Fighting’s Guilherme Cruz, that is currently the case although it’s obviously too early to tell how the virus will run its course.

Yeeees!! Thanks! It ll be rescheduled ❤️

But if Ribas can’t turn around in two weeks, Hill made it clear she wasn’t too interested in waiting.

Anyone wanna fight at 115lbs in 2 weeks?

Hill basically called out Tecia Torres and “The Karate Hottie” Michelle Waterson, two opponents she’s been looking to snatch rematches with for a while.

Easy to throw a 6 strike combo when there’s no weight on anything and you miss everything but that last hit. Sorry im bitter I didn’t fight tonight

If Ribas is out and Hill is patient enough, she might have herself a fight!

Here’s hoping Hill manages to get back in the cage sooner or later. Not that we need much hope, “Overkill” is one of the most active women on the roster and always willing to accept a last minute fight as well.