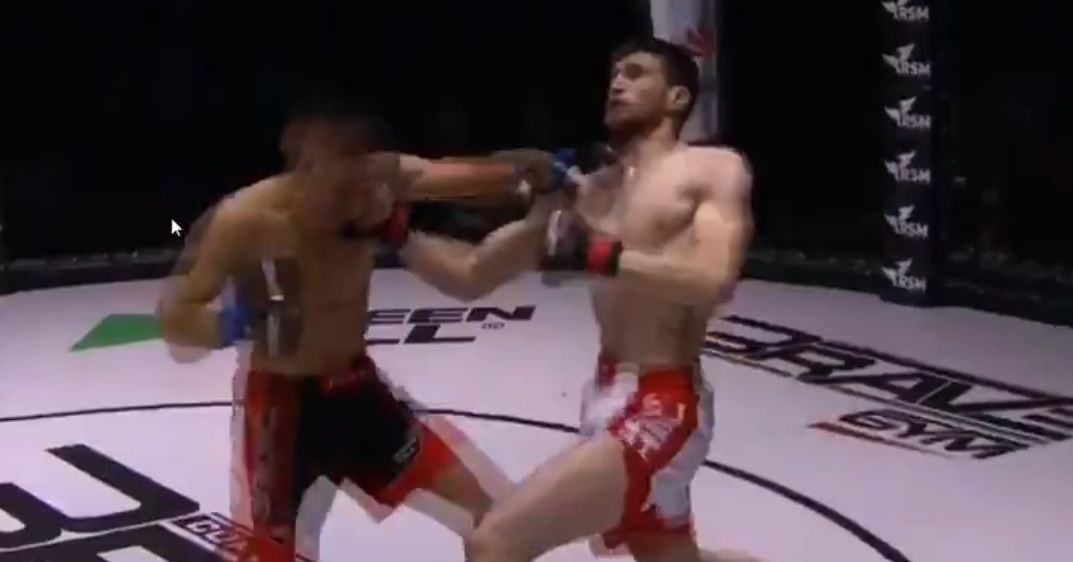 The top Belarusian prospect improved to 8-0 with a first-round TKO of the previously unbeaten Rinat Sagyntay in the co-main event of Brave CF 51 in Maher’s hometown of Minsk on Friday. It was the third straight finish for Maher, who so far has gone to the scorecards just once.

Maher put Sagyntay down with a precision uppercut that stunned Sagyntay and left him vulnerable on the mat to follow-up strikes that probably weren’t needed. The referee stepped in to stop the bout at the 2:54 mark of round one.

Watch the impressive finish above.

Maher, 26, was making his Brave CF debut and seeing a big jump up in competition after making short work of his previous seven opponents, with only two of those fighters having any pro record to speak of when he faced them. Sagyntay entered Friday’s bout with a spotless 9-0 record.

With his own perfect record intact, Maher could soon be on the radar of other promotions, but he recently told MMA Fighting that his only goal right now is to become a champion in Brave CF. Maher’s debut took place in the super welterweight division and he’s now put himself on the path to potentially challenge current 175-pound champion Jarrah Hussein Al-Silawi.