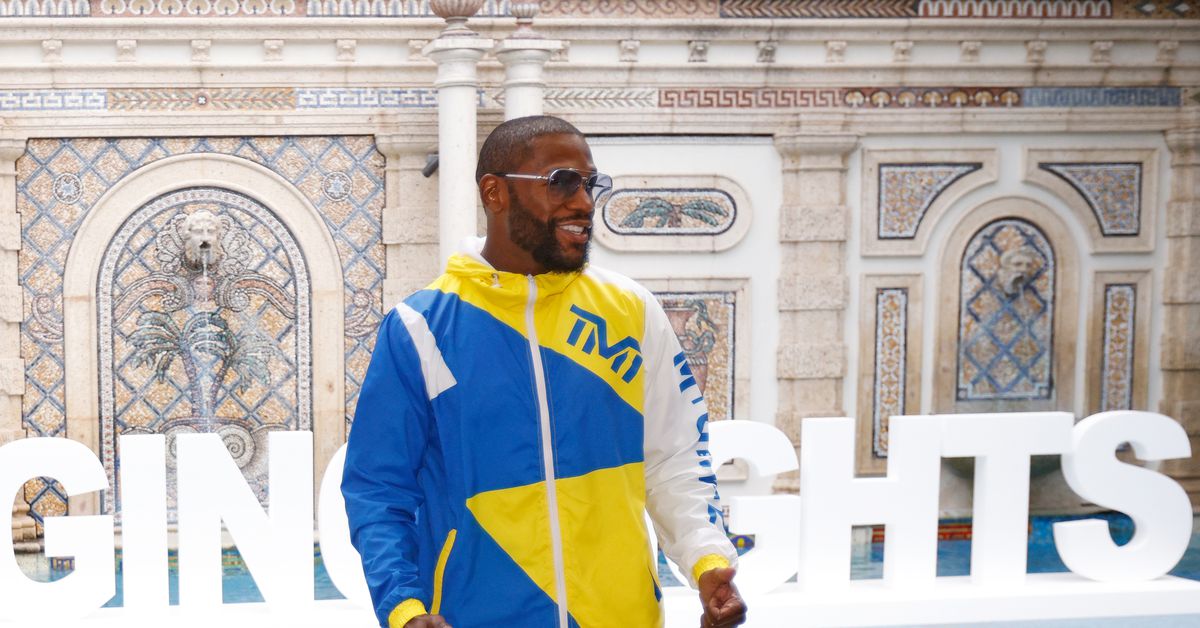 Floyd Mayweather Jr. is calling his upcoming fight with Logan Paul a “legalized bank robbery” because of how much money he stands to make from the exhibition boxing bout.

By Mayweather’s estimation, he’s already cashed an eight-figure paycheck before even taping up his hands for the Showtime pay-per-view bout against the YouTube and social media star that goes down this Sunday at Hard Rock Stadium in Miami.

Speaking to Showtime Sports at a media day on Friday, Mayweather—a multiple-time world boxing champion who retired with an unblemished pro record of 50-0—laughed at the absurdity of the situation.

Mayweather didn’t go into detail as to how he reached this figure, though one can safely assume that he has revenue coming in from a number of sponsors in addition to the publicity that his return to boxing generates for his other business interests. This will be Mayweather’s second time competing in an exhibition bout since retiring after a 10th-round TKO of former two-division UFC champion Conor McGregor in August 2017.

Since then, Mayweather made an appearance at a RIZIN show in Japan in December 2018 where he defeated kickboxing star Tenshin Nasukawa in an exhibition boxing bout and now he finds himself lined up for another competition that will have no official effect on his legendary undefeated record.

“I guess the boxing was the mashed potatoes. These guys now is the gravy,” Mayweather said of McGregor, Tenshin, and Paul.

“It’s fun and I was talking to the media and talking to the people letting them know that, ‘Remember, Floyd Mayweather, I retired from boxing, but I didn’t retire from entertainment and I didn’t retire from making money.’ I guess they thought that since I stopped fighting the top guys in the sport of boxing at my age—because remember, I retired at almost 40 years old—they thought that I was just going to go home, kick my feet up, turn gray, get fat, pick up a bunch of weight, but I decided to still just have fun.”

Mayweather said it was “possible” that he could continue to take exhibition bouts and even went as far as to suggest that a rematch with McGregor could take place somewhere down the road.

As for the circus surrounding these “freak show” fights, Mayweather took a more serious stance. He recently was involved in a scuffle after Paul’s brother Jake snatched his hat at a media event in May, an incident that saw Mayweather noticeably lose his cool. Mayweather explained that the difference between someone like McGregor engaging in heated trash talk and someone like Jake Paul messing around with him is that he signed on to deal with McGregor’s personality, while he doesn’t see Jake Paul as having anything to do with his brother’s fight.

“There’s a difference between respect and disrespect,” Mayweather said. “Untying my shoe, my children mother passed away last year, talking about her, touching my hat… it’s all about reciprocation. Treat people like you want to be treated.”