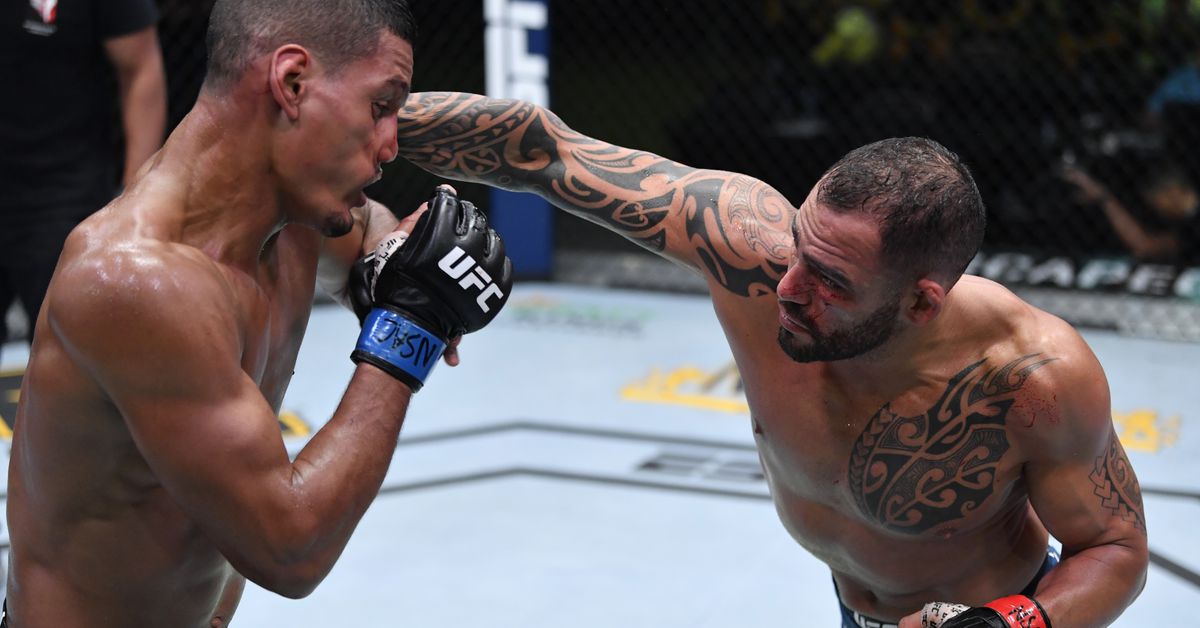 Santiago Ponzinibbio and Miguel Baeza’s three-round slugfest was an easy choice for “Fight of the Night” when bonuses were handed out at UFC Vegas 28. The bigger question might be where it lands up on the “Fight of the Year” list.

For starters, Ponzinibbio and Baeza each took home an extra $50,000 for the stunning display of heart that Ponzinibbio won via unanimous decision after a tough first round. The Argentinian, who was knocked out in his previous performance after a long layoff due to severe illness, battled back and pulled ahead in the third round as both men swung for the fences. Reaction to the fight was immediate with several fighters calling it one of the best they’d ever seen.

The choices for “Performance of the Night” were also no surprise, as the heavyweight winners in the main and co-main events captured $50,000 bonuses. Marcin Tybura earned his for a first-round stoppage of Walt Harris after nearly getting put away by a combination, and headliner Jairzinho Rozenstruik picked up his with a last-second stoppage of Augusto Sakai.

As two of four stoppages on the card, Rozenstruik and Tybura’s punches were enough to carry the day.