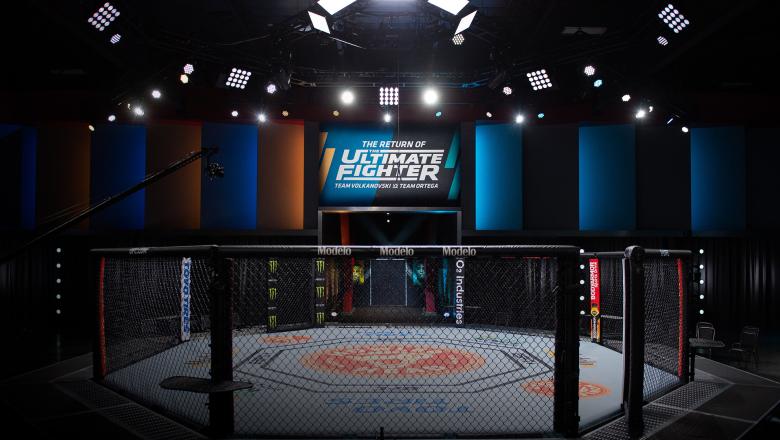 The bantamweight prospect details that he began his career three years ago, with highlights of his LFA clash with UFC veteran Vince Cachero spliced in between the traditional “confessional shots” of the Team Ortega representative. While he boasts a 9-1-1 record, Sholinian says, “It doesn’t matter” because the aim of everyone the house is to win, describing his style as “a car with no steering wheel.”

During his prep session with Liudvik, Ortega explains that while there is a language barrier between the two, there are still ways to communicate and impart knowledge, including the taped-out patterns they’ve crafted on the floor for one of their footwork and movement exercises.

Ortega says he sees some of himself in Liudvik, recognizing the same independent, “ready for war” spirit that propelled him into title contention, suggesting that the Team Ortega fighter is “dialed in” for his upcoming fight with Mitch. He believes they’ve correctly assessed what Mitch brings to the table and formulated a game plan to beat him based on movement, stuffing takedowns, and breaking his will.

Back at the house, Team Volkanovski is congregated in the living room and middleweight Bryan Battle asks Mitch, “How has this fight game impacted your life?”

Mitch explains that he had a temper when he was younger, frequently scrapping in the backyard with his two brothers, and when he walked into the gym for the first time, he was able to hang with kids that had been training for a year or two already. Like many that pursue this sport, he’s a natural competitor and always preferred the one-on-one nature of combat sports as opposed to team sports.

Fighters show their appreciation for Diaz’s performance against Edwards
Keys to the rematch? Chris Weidman analyzes why Israel Adesanya struggled vs. Marvin Vettori
Look back at Nate Diaz’ top 5 UFC finishes | Video
PFL 4: Live updates and results — Claressa Shields’ debut
Brad Riddell Out To Show He Belongs Among The Best